Hannah Glasse and ‘The Art of Cookery Made Plain and Easy’ 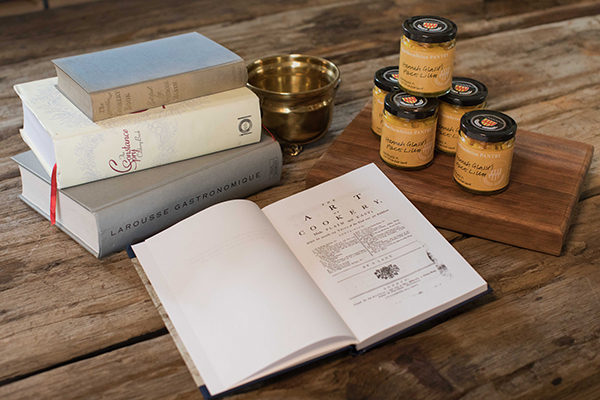 When we use the phrase “keeping it in the family”, it might be a little over-enthusiastic to begin looking back over ten generations for influences. That said, when Alice is regularly asked what inspired her to become a cook, then certainly one very proud part of her heritage is her direct descendent, and the incredibly famous in the culinary world, 19th-century author and cook, Hannah Glasse.

Hannah Glasse (1708 – 1770) was an English cookery writer, known for writing ‘The Art of Cookery Made Plain Simple’, lauded as one of the first home cookery books and best seller of the 18th and much of the 19th century. She was the bona fide Mary Berry of the Georgian era, showing the everyday homes of the time how to cook using classic British ingredients, through to more decadent recipes using the likes of truffle and exotic spices from the colony’s.

The book ran 40 editions and was even published in America with George Washington owning a copy himself. It was the first-ever book to reference Yorkshire Puddings in print, with a trifle recipe using jelly being a first-ever also. In today’s world, she’d have own TV show and even a string of restaurants perhaps. She was a ‘game-changer’ for sure, carving a new path for food literature that never existed before.

What’s even more exceptional is the male-dominated world that she had to contend with. Upon publication, the author was simply signed off as “By a Lady” with no reference to Hannah due to the legal rights of female writers at that time. We would like to think that her efforts could only have encouraged the positive change seen later in the 18th century as the representation of women authors began to appear.

From the very beginning of Northumbrian Pantry, we were excited to see if there was a recipe that we could use from Hannah’s book or even one to inspire. It was to our delight to discover that there was not only an Indian Pickle recipe but also one of the very first references of any piccalilli recipe. She named this Paco Lilla and described it as ‘ginger-flavoured Indian-style pickle rolling sauce’, which is expected to be constantly topped-up as different vegetables come into season.

We managed to find the original recipe where we turned from delight to a stark realisation that the cooking methods of the 18th century might provide some challenges for us. Slicing garlic, mixing it with salt then leaving it in the sun to dry for three days might pose some hygiene issues, especially considering the birdlife we have here in the countryside. So with some modernisation, we managed to stay pretty faithful to the original and create our homage to Hannah and what we believe is the only Paco Lilla, the true original piccalilli, in the world. 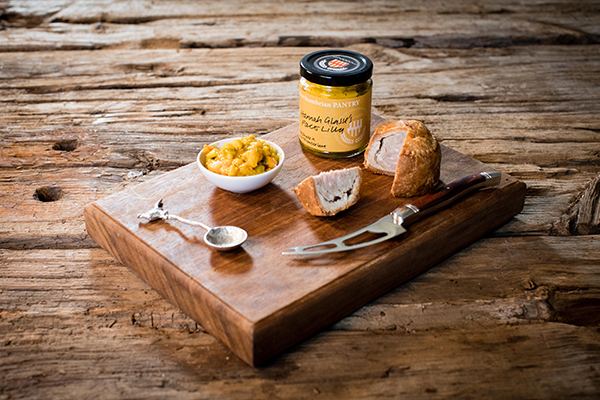